The Munchkin Cat is a speedy little bundle. This young feline best cat breed is famous for its very short legs, intelligent mind, and friendly, people-oriented personality. Munchkin cats have a thick body with a well-rounded chest. The Munchkin Cat breed may have long or short hair. They are a playful and intelligent cat breed that can be an ideal pet. They love to remain independent, spend a lot of time outdoors, and can get along well with the fellow cats from the same breed or other long-tailed breeds. It is very much similar to an ordinary cat except for taking long leaps, which are restricted due to its short legs.

The origin and history of the cat are very debatable. Short legs cats have been seen in England in the 1930s, but many were wiped out during World War II. Furthermore, reports of short-legged cats have appeared throughout history, including in 1944 in Britain, in 1956 in Russia, in 1970 in New England, and the 1980s in Louisiana.

The Munchkin cat mutation was discovered in America in 1983, where it was named after the ‘little people’ in The Wizard of Oz. Starting in 1994, The International Cat Association’s new breed development program, which has a genetics committee to monitor breeding data, began to oversee the Munchkin’s development. The Munchkin’s short legs turned out to have a dominant inheritance pattern, similar to Corgis and Dachshunds. The breed achieved full recognition by The International Cat Association in 2003.

As with all cats, Munchkins need vaccinations, parasite control, and annual veterinary health checks. Munchkin Cats are so far known to be relatively healthy with a good breeding program and widespread knowledge of the dangers of both parents being Munchkins. Munchkin cats may be predisposed to osteoarthritis, spinal malformations, and rib abnormalities Munchkins’ short legs make it difficult, or perhaps too painful, for them to jump like normal cats.

As is typical for domestic cats, a munchkin may have these disorders:

This breed requires regular grooming. Short-haired Munchkins require weekly grooming, while long-haired variants might require just a bit more attention to remain mat-free. The other grooming needs that they require regular cleaning of ears and nail trimming. Munchkin cats need baths like any other breed as well. They should be performed every month as they can adequately clean themselves.

The Munchkin Cat is considered a small- medium-sized cat, ironically enough, as most people consider them as ‘dwarf cats‘ because of their small height. The average ‘normal’ cat is up to 25 cm at the shoulder with the average Munchkin ranging between 6 to 9 inches tall, depending upon the breed.

Read This Also  The Abyssinian Cat - Amazing Guide To Their History, Types, Characteristics, Temperature, And Care

The Munchkin is described as an easily trained, active, and intelligent breed. They are well-suited to be indoor house cats and make great family pets. Although they’re not agile jumpers, munchkins cats are capable of moving at high speeds and zooming around corners with surprising agility. Some also enjoy hiding objects to play with later. They always like to explore the environment around them.

The lifespan of the healthy Munchkin cat is 12 to 15 years. Their lifespan reduces if they are suffering from any kind of disease, their lifestyle, the diet they are supplied, and the atmosphere in which they are living.

The Munchkins cat breeds require a lot of care to be taken at the part of their owner. The Munchkin’s coat requires a little grooming assistance since its shorter legs make it harder to reach certain areas during self-grooming. Short-haired cats should be brushed weekly, and long-haired cats should be brushed a couple of times per week. Regular brushing helps prevent hairballs and matting. You should keep your cat’s nails trimmed. Help your cat maintain oral hygiene by brushing its teeth a couple of times per week and get regular cleaning at the veterinarian.

Where To Get A Munchkin Cat?

A reputable breeder of cats will abide by a code of ethics. You should choose only those breeders who have performed the health certifications that are necessary to screen out genetic health problems to the maximum extent, as well as one who raises the kittens at home. Isolated kittens can become skittish and fearful and may be difficult to socialize later in life.

Munchkins are also available at various organizations. If you’d rather adopt from a rescue organization, check out:

How Much Does A Munchkin Cat Cost ?

The Munchkin cat tends to be expensive because of their appearance, intelligence, etc. The price of the Munchkin cat varies between $150 to$300. It is dependent on various factors such as the gender of the breed color, location, purebred breeder, or private seller are all crucial considerations for the price. Females tend to go for more because of their ability to produce a litter. Also, the closer to being a kitten, the Munchkin Cat is, the higher the price.

Read This Also  The Bombay Cat – Amazing Guide To Their History, Types, Characteristics, Temperature, And Care

Always choose a kitten from a breeder who raises litters in her home and handles them from an early age. Meet at least one and ideally both of the parents to ensure that they have sweet temperaments. Ultimately, the right cat will depend on your personal goals. Most people are just looking for a companion, and in those cases, it’s a good idea to let the personality of the cat lead the way. Identifying the Munchkin cat is the main aim, and with all the characters mentioned above, you will be able to find the right Munchkin cat.

These cats are brilliant and quick learners. They will have fun with the guest that come to the house; they love being in puzzles and scattering them all around. With a love of exploration, you’ll also find that these cats can still get into high places, even with stubby legs.

Munchkins are a breed that comes in many different colors and patterns. They also come in different categories based on the length of their legs. These categories include super-short varieties, rug hugger varieties, and standard options. Keep in mind that those with shorter legs may have a higher chance of spinal issues.

This breed of the cat is extremely affectionate and loyal to their masters. They love playing with their owners. As they are quick learners, they may follow your instructions. In short, they are sweet, cute, little cats.

The friendly Munchkin likes playing with children and other cats and dogs. On the rare occasion when they are not in motion, expect to see them sitting up on their hind legs to get a peek at something interesting. They are not a “leap tall buildings in a single bound” kind of cat, but they are capable of making his way to high places if he so chooses. It just takes them a little longer. They have fun when they play with children.

The Munchkin is highly intelligent. Challenge its brain by teaching it tricks and providing it with puzzle toys that will reward him with kibble or treats when it learns to manipulate them. It also loves to play and wrestle with its friends. They have a hunter’s instinct and will chase mice or anything that moves, but at the end of the day, they look for nothing more than to snuggle into its owner’s lap and nag until it is petted.

This breed of cats enjoys climbing, running, and jumping just like their taller relatives. They also love playing with toys, and some cat lovers say that they are like ferrets in their playfulness. These friendly felines adapt well to most situations, and they are quite curious as well, leaving no part of the home or its inhabitants unexplored.

These Munchkin Cats most definitely have the heterozygous gene in them and, as such, are more in the out boundaries range of the 2 to 3 inches shorter. There are no precise measurements that place a Munchkin Cat in the super-short category; it just seems to be a consensus that has developed.

These are the Munchkin Cats that are born with the very shortest of legs. Also, unflatteringly referred to as ‘VW Microbus,’ these cats carry the heterozygous gene. These cats are missing a significant portion of leg length and, as such, look like they are ‘hugging a rug’ as they move across the ground.

Comparison With Other Cat Breeds

Munchkins are social, lovable, and playful. These cats differ from the original jungle cats in many ways. The main one is their height and size, and also these cats cannot jump longer. These cats, like the other cats, are not suspicious of any kind of breed illness. These cats need regular grooming, and shorter legs hinder reaching spots on its body. The breed is steeped in controversy about whether mating this cat is ethical due to passing on the genetic mutation. This breed has its pros and cons, but at the end of the day, it is fun with this cat.

As a final word, it appears Munchkin Cats are free from any serious draining disorder as a result of the gene that provides them short legs. There are no studies that ensure any susceptibleness to diseases and conditions that aren’t aligned with the vary seen in alternative cat breeds. The Munchkins aren’t any a lot of susceptible to one thing than alternative cat breeds. Munchkin Cats will, and so do, live healthy and fulfilling lives if they’re treated well. They create a superb true cat. Munchkin cats were at first untamed before being thought-about a breed and that they looked as if it would have survived simply fine. The studies and little proof doubt can still are available; however, once considering a Munchkin Cat for a house pet, please don’t let any health considerations place you off. Munchkin cats are pets for those who want to have fun with them. 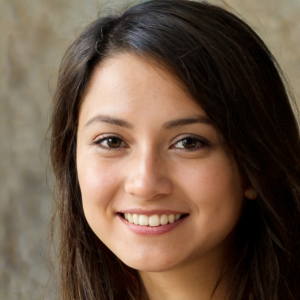 1 thought on “The Munchkin Cat – Amazing Guide to Their History, Types, Characteristics, Temperature, and Care”